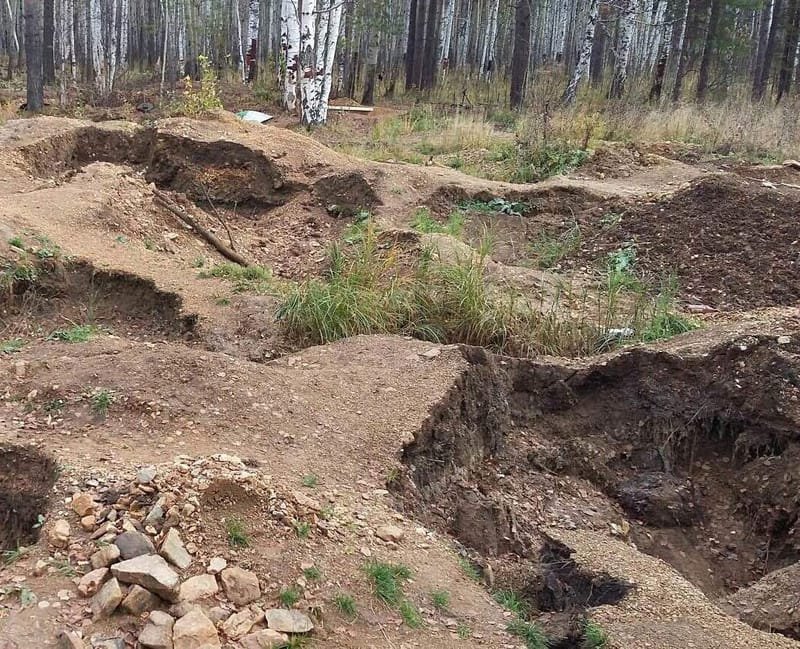 The locality was found in the 19th century during gold-platinum panning in the area, it was first described in 1855 by Nils Nordensheld.
The deposit is composed of ultramafic and mafic rocks. Demantoids found in serpentine. The colour of demantoid due to chromium varies from golden-green, apple-green to emerald-green. The surface of the grains is usually matt or glossy, sizes 0,1—5,0 mm. Two unique gemstones weighing 29.8 and 50.5 grams were found during prospecting from 1900 to 1914. Around 100 demantoid gems were found each year. In 1970 the research by Expedition №122 led by Syrkin A.B. proved the industrial value of the deposit. The further prospecting was very limited.

Famous stones mined as before, by hand